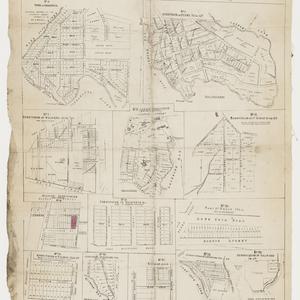 Subdivision maps spanning across the suburbs of the North Shore of Sydney, from Lane Cove crossing east though Greenwich, towards Kirribilli, New South Wales.

Online images available via the State Library of NSW.