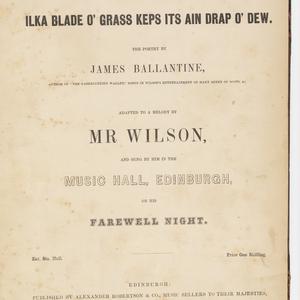 Access: Mitchell Library copy at Q784.3/M: To be issued in Special Collections.

Mitchell Library copy at Q784.3/M: To be issued in Special Collections.

For solo and/or duet voices with piano or organ accompaniment.

Online at the State Library of NSW.