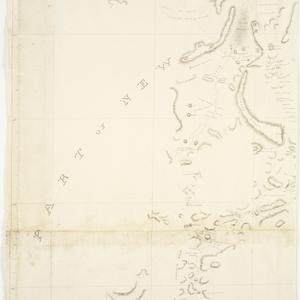 To preserve the paper copy the aperture card will be issued.

"From John Oxley to his friend John Watts."

Large manuscript map in Oxley's hand with the track of Oxley's second expedition in red.