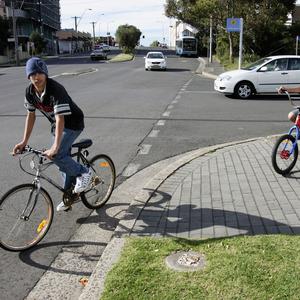 Copyright status : In copyright - Life of photographer plus 70 years

1. Boys on bikes, Wollongong
Two teenage boys smoke cigarettes while riding their bicycles outside the carpark of Wollongong railway station, 2007

Purchased from Tom Williams, May 2008