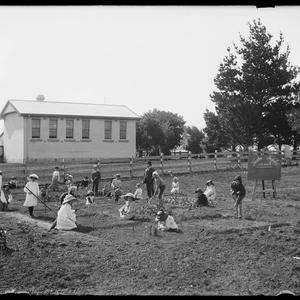 Identified by Curator of Photographs 2011

Cyrus Saul Moss was born in 1872, the youngest son of Nowra mayor Henry Moss and his wife Sarah. He worked as a clerk with local solicitor Thomas Marriott.

In the 1890s, he was secretary of both the football club and cricket club. Photography was his hobby and some of his photographs were used to illustrate Woodhill’s The Hawkesbury and Shoalhaven Calendar, Cultural and Cookery Guide for 1905.

Two albums of photographs by Moss are held by the Nowra Museum and images from them were used in an exhibition presented by Shoalhaven Historical Society in 1996.

References:
Reflections on the Past from the camera of Cy Moss. A photographic exhibition presented for Heritage Week -1996, Shoalhaven Historical Society Inc., Nowra , 1996

Mickey Johnson (1834-1906) was one of the most famous Aboriginal inhabitants of the Shoalhaven and is thought to have been brought to the area from Port Stephens in the 1860s by Major E. H Weston of Albion Park. After working for Weston for ten years or so, he moved to Kangaroo Valley with his wife Rosie. In...